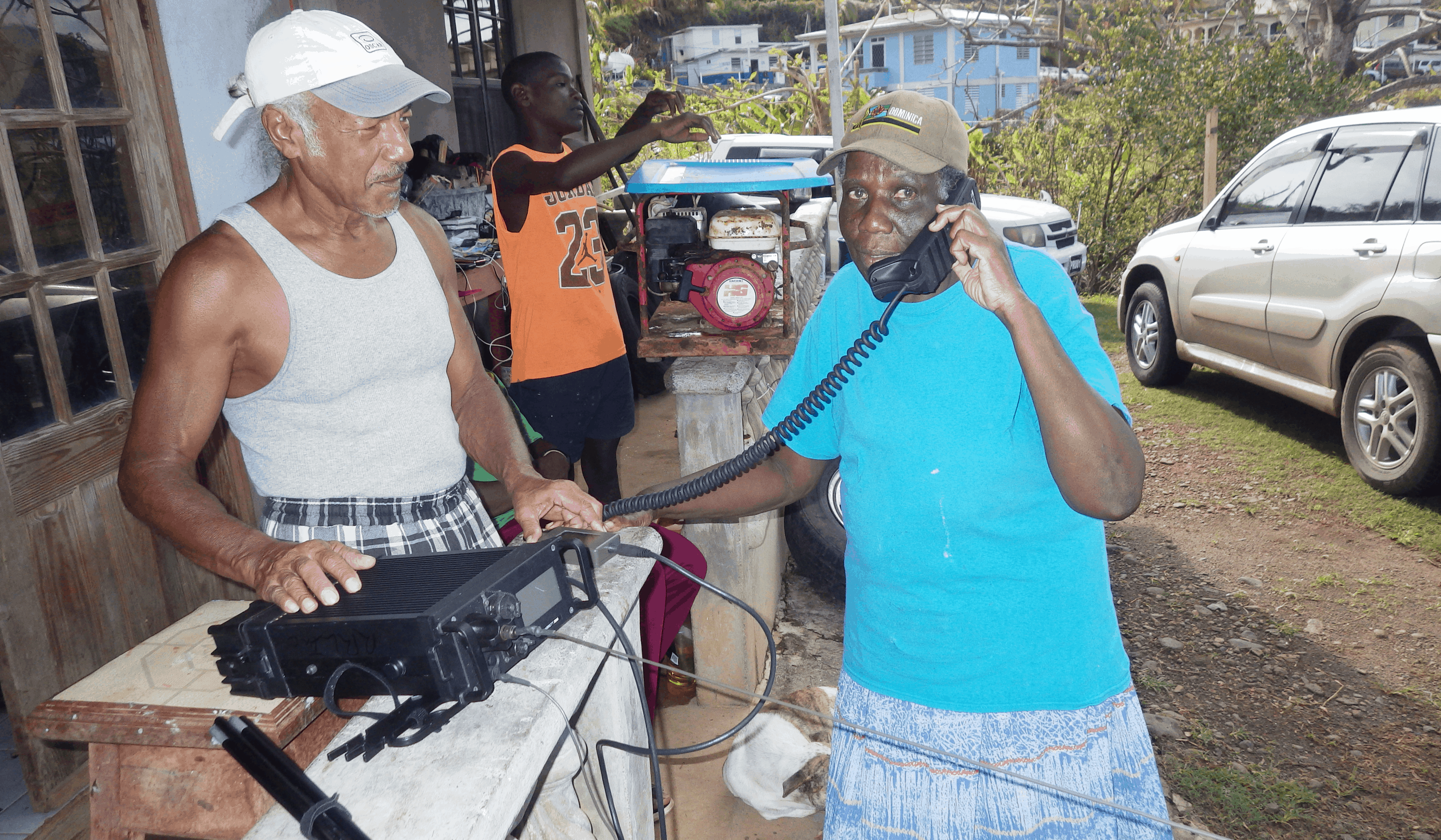 First responders from St Vincent and the Grenadines have recently travelled to the neighboring island of Dominica to re-establish communications in the community of Wesley and to provide medical support to the community.

The team of six included three medical staff, an emergency communications specialist and two radio operators. Key team members were already known to the Wesley community so their offer of support was greatly appreciated.

The Wesley Health Centre’s lone generator had malfunctioned and was significantly impacting patient health. The team were able to restore power to the center, donate medical supplies and support the existing medical staff to see, in some cases, over 100 patients per day. Typically the center sees around 20 patients per day. Dr Madada James of the responder team commented “Our arrival was timely because there were three recorded deaths in the Wesley area due to the “Maria” trauma, while there were other cases of untreated wounds which became infected due to the lack of medical care which had to be treated immediately to avoid amputation.”

The team travelled with two Barrett 2090 HF manpack transceivers and a Barrett tactical broadband antenna which was connected to the existing HF amateur transceivers.  The HF network was established and used to coordinate the arrival of medical and food supplies and relay messages to other stations in Dominica where propagation was poor.  Mr. Donald de Riggs, the emergency communications specialist commented “We were able to quickly establish reliable communications both within Dominica and to other islands to support the recovery work. The tactical broadband antenna worked flawlessly, without a tuner, across the entire HF spectrum – a perfect match for any HF radio.”

The team, together with local villagers, were able to clear the road from the airport into Wesley which assisted in the transport of relief supplies to the village. Local water pumps and generators were repaired by the SVG response team’s small engine specialists, which allowing locals to charge personal communications devices and they also assisted the FM radio station get “back on the air” to provide locals with information about the distribution of water and food, as well as general weather updates.

Mr. de Riggs went on to say “This was Phase 1; Phase 2 will focus on rebuilding five homes already identified for assistance.” The Rainbow Radio League Inc. which is coordinating the rebuilding effort is requiring international assistance to purchase construction materials to assist five families, including the homes of nurses and doctors whose properties were not insured.  Our mission will be limited to the repair and strengthening of roofs and if funding is available, to install a renewable energy lighting system capable of charging small devices like tablet computers and cell phones.

The RRL Inc. which is a non-profit, community service organisation has an account which can accept international donations which are tax deductible.  Their bank is: Bank of St. Vincent and the Grenadines – BOSVG and our account # is 0000000280047.  All donations will be acknowledged. The construction team from St. Vincent intends to rebuild the homes identified for assistance, early in 2018.