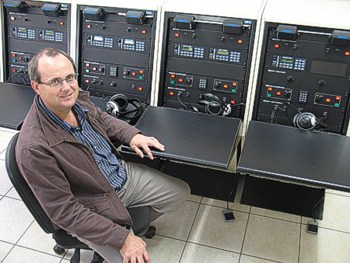 Telikom PNG, a wholly owned state company responsible for all telecommunication services in Papua New Guinea, have been mandated by the National Government to operate and provide High Frequency (HF) radio communications network for their Coastal Radio Service (CRS) and Outstation Radio Service (ORS) under their community service obligation charter.

To this end, TE PNG Pty Ltd was awarded the contract for supply and commissioning of the new HF network. Barrett Communications was appointed as the equipment provider and after extensive work with both Telikom PNG and TE PNG to fully understand the user requirement, have completed the build stage and are preparing to ship the equipment to PNG.

For the Barrett Communications scope of work, the HF communication system is divided between three main locations:

Communication between sites is by copper wire, microwave bearer and optical fibre cables. The receiver equipment exists, but is due to be replaced outside of this contract. The following diagram indicates all of the main components and interconnections:

The transmitter site will contain six new equipment racks, five fitted with a total of nine 500W transmitters individually, fully remote controlled and the sixth housing an interconnecting RJ45 cross patch facility, a line monitoring facility and E&M interfacing for connection to the MUX equipment of the microwave bearer. In order to provide full Selcall function, each receiver audio is passed via an audio splitter, one output for use in the transmitter exciter (in transceiver mode) and the other as the receive audio source fed to the operator consoles via the microwave bearer. The incoming antenna feeders are terminated onto a new patch frame which incorporates bulkhead lightning protection. The new ORS facility incorporates three identical operator console positions. Each console’s function is to provide dual telephone interconnection to two separate HF radio circuits. Each console has two transmitters and two receivers operating in full duplex mode.

The common operator monitoring and control function including DTMF dialling is switchable between the two interconnect circuits. Full side-tone monitoring is provided and “on-air” monitoring is available on separate mutable loudspeakers. Dedicated external telephone hybrid modules take care of the balancing and isolation for optimum telephone-interconnect performance. A “Night” function switch at each transmitter circuit connects a continuously repeating recorded message and PTT signal so that an “out of service” instruction will be broadcast on all unused transmitters. A new wall mounted rack in the ORS facility provides accommodation for an interconnecting RJ45 cross patch facility, a line monitoring facility and also for the Digital Voice Recorder “out of service” announcement device.

The voice recorder is internally adjustable for a repetition rate from 1 second to 1 hour. A front panel speaker microphone allows easy recording and test playback of a message up to 16 seconds in length.

Coastal Radio Service (Radfone)
The Radfone console is the same as the ORS consoles apart from the following:
An additional “Receiver Select” unit allows for the connection of up to six fixed frequency receivers on each side of the dual console which are easily selectable from the front panel.
There is no “Night” switch provision for connection to the recorded “out of service” announcement facility. 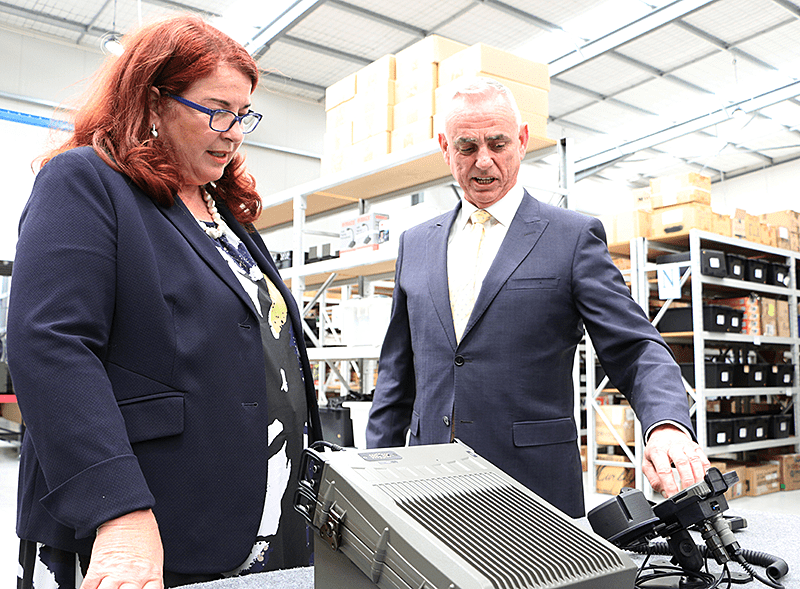