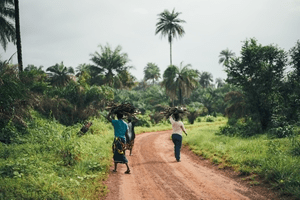 Africa’s vast landscapes may be a wonder to behold, but present unique challenges when it comes to communication. The hundreds or thousands of kilometers between communities is often marked by poor network infrastructure and limited governmental resources for improving them, preventing many rural settlements from communicating with the outside world.

So how do remote communities communicate when they have limited access to the Internet and mobile phone use is hindered by poor coverage?

There is 24 million square kilometres of rural land in Africa – and roughly one fixed phone user per 100 people.

HF radio. The communications system is vital to many communities and an important part of everyday life. With the right power supply (solar seems a viable alternative to fluctuating fossil fuel availability), HF radio base stations can connect communities over thousands of kilometres.

Commercial HF radio has a number of communications abilities that other systems lack, making it the perfect tool for remote communities. Let’s take a look why HF radio is so important in Africa.

The continent has a massive, generally low-income and highly rural population (637 million as of the World Bank), meaning a mix of factors inhibit clear communication:

Why are HF radios so important for African communities?

Considering these challenges, it makes sense that radio plays such a massive role in the community. Following state news is an important function of the radio – a UNESCO case study in Zambia shows one in three of the rural population accessed local news via radio on their mobile phone at least once a week.
Mobile phones are important communications tools to remote communities – but are severely limited by poor network coverage. In emergencies, HF radio equipment is more reliable, allowing rural populations to stay in touch with hospitals and the Police.

The reliability of HF radio is also vital for limiting isolation in remote communities. Many sub-Saharan African states are now investing in HF radio base stations to link remote settlements with urban centres, reducing feelings of neglect from the state that could lead to radicalisation and violence from insurgents.

Many African states are investing in HF radio base stations to link rural communities to state agencies.

The advantages of HF radio for connecting communities

There are three main advantages to using HF radio which help address the communications issues facing many communities :

• HF radio is able to span vast distances through ionospheric signal transmission, negating the issues of distance.
• It is durable and robust, even in poor weather conditions.
• Radio equipment is far cheaper to purchase and maintain than installing network infrastructure.

Indeed, much of Barrett’s work has been underpinned with a focus on improving communications in Africa.

Earlier in the year we supplied HF radio equipment, including a 2050 HF transceiver and a 2019 HF Automatic tuning antenna, for use in mobile air traffic control towers to be deployed by national governments around Africa in humanitarian missions. In supplying equipment like this, Barrett continues to maintain its name as a provider intent on improving communications across the continent.

For more information about our work in providing HF radio equipment to the African market or the range of equipment we supply, contact the Barrett team today. 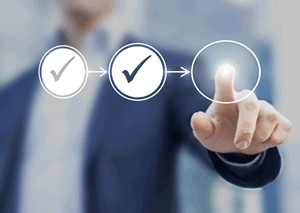 What is ISO 9001?: A primer for humanitarian aid organisations 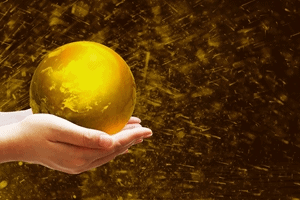